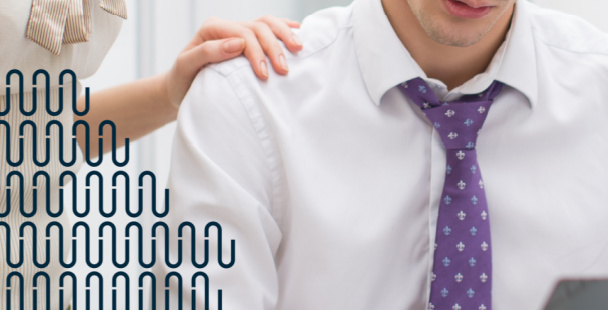 Sexual harassment is unlawful in the workplace. However while this is the case, and many people feel comfortable at work, harassment worryingly remains a problem in some workplaces.

The Government wants this to change. It wants to ensure the legal framework is strengthened to support employees and to ensure fair treatment and a fair environment.

Social movements like “Me Too” and highly publicised scandals have highlighted the issue of sexual harassment and encouraged employees (particularly women) to come forward. They also prompted the Government’s consultation (in 2019).

The Government proposals could impact not only the workplace but society as well.

Topics for discussion were:

There are 4 ways the Government is looking to tighten the law around sexual harassment. There are some examples of what would amount to sexual harassment (legally) on the Equality and Human Rights Commission (EHRC)’s website in its Employment Statutory Code of Practice (2011). They are "real life" examples and are helpful to understand the breadth of what might amount to unwanted conduct that is harassment.

Currently, under the Equality Act 2010 (EA), anything done by an employee while they are working for you is also treated as having also been done by you, the employer, whether you approved of it, knew about it, or not.

However an employer can defend themselves by saying that they took “all reasonable steps” to prevent the employee from doing the act of harassment or discriminatory act.

The Government suggests creating a new duty (as soon as parliamentary time allows) that will require employers to prevent sexual harassment. This is intended to put pressure on employers to strengthen the existing “all reasonable steps” before being able to claim they aren’t responsible for sexual harassment by employees. Positive proactive steps are required according to the Government. It’s not clear yet how this might look in practice and whether in reality there is much difference with this compared to what we have now.

To provide additional support to this new duty, the Government are asking EHRC to work on enforcement. The EHRC would enter into legally binding agreements with employers who do not provide adequate and reasonable protection for employees and have been found guilty of offences under the EA.

The EHRC has published guidance on its website about harassment at work. It hopes this will become a statutory code of practice in due course. It is aimed at helping employers understand their duties.

2. Added protection against harassment from a third party

Protection from the employer from third party sexual harassment of an employee was originally written into the EA in 2010 but was then removed (as it was repealed) three years later.

Why? The Government believed the protection was unnecessary and that there were better ways for the employee to resolve the situation. However, getting help or justice can prove difficult unless the employee has suffered previous incidences of harassment and the employee is willing to use the civil courts with the associated cost implications. Obviously, this approach leaves employees vulnerable so now the Government are committing to bringing it back again “when parliamentary time allows”. There will be a defence of having taken all reasonable steps to have prevented the third party harassment. So this will require a proactive approach by employers.

3. Additional protection for interns and volunteers

Like all junior members of staff, interns and volunteers may be vulnerable to exploitation and harassment due to the hierarchical nature of some companies.

The Government does encourage a safe working environment for these groups and for them to be covered by company policies. However, it was felt that there were some legal options already open to them -- via the Health and Safety at Work Act, for example.

It also took the view that most interns would be covered by the EA (as they would be workers) although this isn’t the same for volunteers. However the Government believes that asking the employer to protect volunteers would “create a disproportionate level of liability and difficulties for the organisation”. It doesn’t intend to extend the protection to this group.

4. Extended time to make a claim

Finally, the Government is considering changing the time to take sexual harassment and EA cases before an employment tribunal from 3 months to 6 months. This is welcome news for employees as in some cases the trauma of the incident can delay taking action. The downside is that with the passage of time perhaps comes less accurate memories (and evidence) of events.

Though the Government response is light on detail, it no doubt will lead to further obligations for employers. Some of the best ways to prepare are to make sure you have comprehensive, people-friendly, up-to-date equality policies (addressing harassment, discrimination etc.) in place now and consider (refresher) training for all staff.