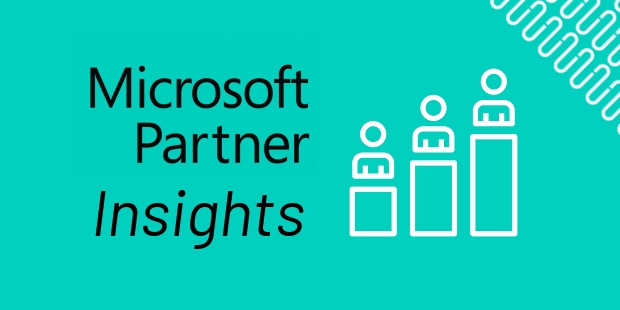 In recent years the topics of Diversity and Inclusion (D&I) have moved higher and higher up the corporate agenda, but what businesses say and what they do have historically not always been aligned in this space.

What is the state of Diversity and Inclusion in 2022 within Microsoft Partners and the tech industry in general?

We conducted 1-2-1 interviews with senior leaders from 50 of the UK’s top SME Microsoft Partners to discuss the topic in more detail. Where possible, direct quotes have taken from these interviews.

The Equality Act protects people against discrimination on the grounds of 9 protected characteristics.

Though the law is clear in the case of discrimination, Diversity & Inclusion is a much broader topic. Employers want their staff to feel welcomed and part of the team – so they need to go far beyond protecting them from discrimination to do that.

Improving diversity and inclusion in the workplace doesn’t just benefit employees, often the multitude of benefits they bring to a business itself are overlooked.

This by itself would be worthy of a separate blog, however some of the key points include:

So we know that diversity in the workforce can generate huge benefits, and that making the workplace inclusive to all types of people leads to happy staff who feel safe, respected and listened to. This ultimately leads to them being engaged and more productive. So why are many companies not doing more?

For smaller companies part of the issue can be in not knowing how or where to start. The most important thing is to understand the fundamental difference between ‘diversity’ and ‘inclusion’. As Verna Myers, author and VP of Inclusion Strategy at Netflix, says:

“Diversity is being invited to the party; inclusion is being asked to dance,” Verna Myers

Is diversity success in the eye of the beholder?

Throughout conversations with the senior leaders, it became apparent that there was a distinct split into two groups.

Those that felt they had a relatively diverse workforce.

And those that felt they didn’t.

So how are Microsoft Partners doing?

The range of characteristics protected by the Equality Act is broad and conversations with the Microsoft Partners interviewed did not include them all. These are the topics that came up repeatedly among the cohort.

For all genders - Diversity needs to start at school

It’s no secret though that the tech industry has a problem with gender diversity and that women are still the minority by a wide margin. A 2018 Tech Nation article showed that only 19% of the UK tech industry workforce is female, and this was something that was apparent to almost every single Microsoft Partner CEO we spoke to:

Why aren’t more women applying for tech roles or choosing careers in tech?

For many the answer lies simply in the fact that far less women choose computer/technology and science, technology, engineering, and mathematics (STEM) related courses at all educational levels.

For example in 2020, “the number of girls choosing to study computer science GCSE was 16,919 – just over 21.4% of total entrants – compared with 61,540 boys” (The Guardian). In addition, research by the University of Roehampton and the Royal Society found that only 10% of A-Level Computer Science candidates were girls.

All of this has in turn has lead to a much smaller pool of women (relative to men) starting a career in tech for employers to hire from. The shortage of female candidates is one of the biggest challenges for employers who are keen to promote gender diversity.

Facing this perpetual hurdle in attracting more women in to the sector, the Microsoft Partners in our group had been forced to come up with new solutions to address the problem.

Whether companies are purposeful in thinking about and improving D&I in the workplace or not, it is clear that for today’s existing employees and job candidates it’s a factor that is at the front of their mind when thinking about their career. In a Glassdoor survey of job seekers, “76% report that a diverse workforce is an important factor when evaluating companies and job offers.”

Microsoft Partners are actively working to remove bias from their recruitment processes by adopting more inclusive practices. Many are using skills-based assessments in place of face-to-face interviews to remove bias related to gender, age and race. In fact 57% of employers say they have updated their recruitment strategies to build a more diverse workforce (Shortlister).

A few of the leaders commented that they often hire friends and close colleagues within their network which they felt did not help improve diversity within their workforce.

Several of the members of the cohort had actively sought to hire people from disadvantaged backgrounds in an effort to increase diversity.

When trying to address the gender imbalance, a Women in Tech survey showed that incorporating “specific benefits aimed at women are vital in making women to want to apply for a role… just under 50% of women said benefits such as flexibility, working from home, opportunities to grow, training and salary were most important to them when deciding whether to apply for a job.” Several of the companies we spoke to had sought to increase parental leave...

Although there was significant attention around the lack of women in tech, it was a little surprising to find there wasn’t a more feedback regarding LGBTQ+ employees. Although the tech sector has in general continued to make strides in supporting the LGBTQ+ community, there is still plenty of work to do.

The Institute of Engineering and Technology reported that 33% of LGBTQ+ people avoid careers in science, technology and engineering due to worries of discrimination and bullying. So what can Microsoft Partners do to help LGBTQ+ employees and attract more candidates to open roles.

There was also limited feedback on the topic of ethnic diversity during the interviews. Several leaders pointed out that they felt their business was already fairly diverse in this area, but that it had happened naturally rather than through a proactive change in policies and procedures.

And while the percentage of UK digital tech workers from Black, Asian, and minority ethnic (BAME) backgrounds slightly exceeds the national average (15% for UK tech versus 13% for UK workforce in general) there is still more that needs to be done to redress the imbalance.

Some of the biggest tech companies in the world have made great strides in addressing the issue, with many of them taking much more purposeful approaches such as setting up internal diversity task forces and setting hard targets to increase diversity within their businesses.

The website Tech Monitor analysed company filings for 30 of the biggest tech companies to understand how ethnically diverse the global sector currently is. As you can see from the table below, Qualcomm leads the way with 68% of all employees from minority ethnic backgrounds, with Microsoft at 48%.

% of employees from minority groups 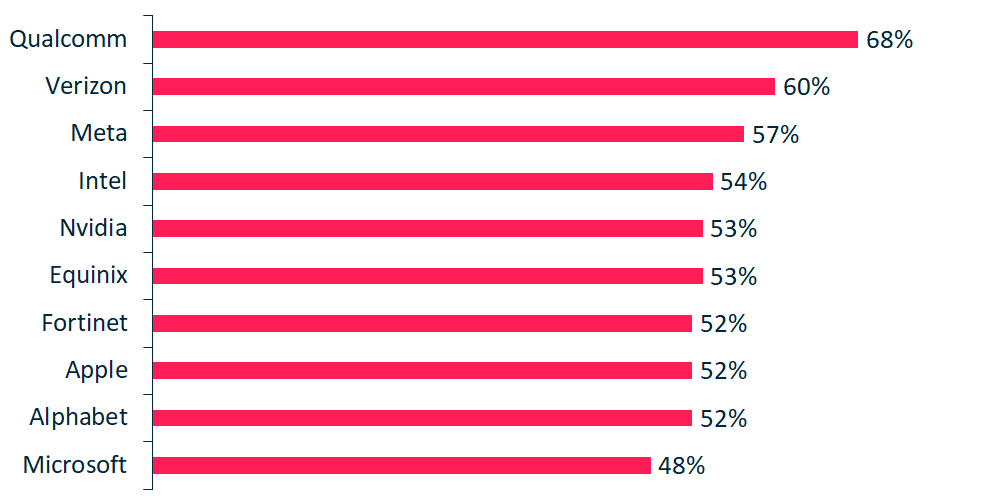 It was clear that for many of the CEO’s we spoke to, addressing other areas such diversity in age, ensuring inclusive policies and practices for people of different faiths, and enabling neurodiversity were important to them.

According to The Brain Charity “at least 20% of the adult population in the UK may be diagnosed with neurological conditions including autism spectrum disorders, dyslexia and attention deficit hyperactivity disorder (ADHD).”

Diversity is a high priority for some, but not all

It was also interesting to see a split amongst the group in terms of those who:

For those who had D&I high on their agenda, it was impressive to hear some of the progress they’d made.

Microsoft themselves have continued to lead from the front in addressing D&I issues in the workplace. As their 2020 Diversity and Inclusion report noted:


Promoting diversity in the Company Values

Within the group of Microsoft Partners that had sought to make D&I a priority, some had gone a step further and linked it to their own company values as a way to have it front of mind at all times.

Several Microsoft Partners were clearly at the start of their journey in implementing change.

Some of the Microsoft Partners we interviewed had not done anything deliberate in this space but had developed diversity by virtue of being based in locations with diverse populations or were just content to let things happen organically.

There was also a small group who did not feel compelled at this stage to make wholesale changes to their working practices.

And they are not alone. A recent survey by Monster revealed that 30% of all UK companies don’t have any form of D&I strategy in place.

Just having a group of different types of people is part of the journey, how you make that group work is the key. Jameel Rush, Vice President for Diversity, Equity, and Inclusion at The Philadelphia Inquirer and professor at Villanova University highlights why this is so important:

“Focus on first creating inclusion and THEN building diversity in the workplace. Many organizations’ knee-jerk reaction to diversity and inclusion efforts is to hire for diversity. The problem is that you can hire for diversity, but it can still be a poor experience for the employee if they’re entering a workplace that isn’t inclusive. It isn’t enough to set up occasional employee training and hire a few diverse employees as a way to check the box. So, before you hire, focus on creating an inclusive culture that’s genuine and ongoing.”

Diversity and Inclusion – Leading by example

For some of the Microsoft Partners we spoke to there was still a lack of diversity when it came to leadership roles.

Real change starts at the top, and diversity in leadership roles will be the catalyst for a cascading effect across the rest of a company. It is key that leaders strive to create a workplace culture where employees believe they are respected and feel that they are being listened to.

It is also important to have a high performing and diverse leadership team to attract and retain the best talent in the market, as the next generation of leaders want to see people like themselves in these positions and relate to them.

This is the fifth chapter of our 10 part blog series, Microsoft Partners Insights.

Welcome to the 2022 edition of Law 365’s Microsoft Partner Insights.  We teamed up with Incredible Results, analytics...

What a year 2021 was! Just as 2020 brought a myriad of opportunities and threats, 2021 presented all Microsoft Partners...

They say you can’t have a world-class business without world-class employees, and the competition in the marketplace...
Discover more insights