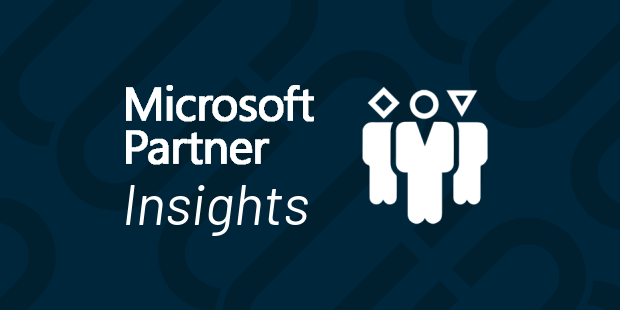 Welcome to the sixth instalment in our Microsoft Partner Insights series.

We invited over 50 of the UK’s top Microsoft Partners to discuss a wide range of issues. In this blog we delve into diversity and inclusion in the workplace - a topic that continues to be a high priority for both employers and employees.

High on the agenda

Diversity in the workplace has for quite some time been a focal point for companies, however in response to major news events bringing racial discrimination, gender inequality and LGBTQ issues to the fore in the last year, many have sought reinvigorate their efforts and move it higher on their agenda.

We were interested to find out how much was being done to promote diversity and to how much this was discussed at board level.

Several of the leaders we spoke were aware of the importance in addressing it head on.

“It's one of our big strategic priorities. We talk about embracing fairness in diversity and inclusion. We are also trying to encourage more young black people into technology in the wake of BLM. We knew we are not well represented in that area, but we've called this out as a priority."

“We are talking about this a lot. We are doing a whole range of things on this. Working with Microsoft on their BAME project.”

“It is a big priority for us. we are really not very diverse in terms of gender.”

“It is very important to us. We looked at if we represent our community - we are fairly representative. We've improved on gender diversity; our leadership team is now 60/40 whereas it used to be all men. The Black Lives Matter movement really triggered us to think about doing more - we are working with Microsoft and joined a community group of theirs."

“We have just integrated diversity into our enterprise objectives, and within that team objectives.”

A contingent of the group felt that they were happy that they had representation from wide array of people and backgrounds, however this had happened naturally over time rather than intentionally. Those companies based in London and other large cities often benefited from a more diverse pool of applicants, while rural offices struggled to attract a broad spectrum of qualified candidates.

“Diversity isn't something we talk about, but we are mindful of it, we are very diverse… ethnicity, gender, religion, sexual orientation. Not by design.”

“If I walk around my organisation I see people from different backgrounds, a real melting pot of ethnicity. We don't actively promote it.”

“We don't directly discuss it much. Our board is 50/50 so we have good a good mix of gender diversity in leadership. We have a good mix of ethnicity, without consciously doing so.”

“It's not something we regularly talk about. We have 50% woman/men split. We have a multicultural workforce, not by design.”

Gender diversity tended to more prevalent in the conversation often due to the fact the industry has traditionally had significant tilt towards male employees forming a larger proportion of the workforce. And although greater efforts are being made to address the imbalance, women still only account for 16.2% of the UK tech workforce, and hold just 12.6% of board positions.

“Gender diversity is something we have focused on much more because of the industry history….. we have introduced new ways of working, e.g. flexible working, part time starting, that have made us more attractive to women.”

“We have struggled historically to recruit women, mainly because tech has been very male.”

An 2020 article in Information Age highlighted that, ‘while some software will be targeted at a specific segment, e.g. men, the success of most enterprise software – a market worth $360 billion in 2018 – will depend on its mass appeal. Companies participating in this market will be at a huge advantage if they’re able to understand how a cross-section people will engage with their technology – and they’ll be far more likely to do this if they have diverse perspectives represented within their design and development teams”. This is a point that is often lost in conversations surrounding diversity in the workplace.

“Gender diversity, we have focused on in last 4 years. We did a pay audit which resulted in some changes… we are 50/50 now.

There was less discussion around racial or LGBTQ diversity, and it was unclear whether leaders felt they were making progress in this area.

Recruitment challenge: “The best person for the job” or affirmative action?

When it came to discussing diversity through the recruitment process many were keen assert that they operate as pure meritocracy.

“We are an equal opportunity employer and our main ethos that we are looking to recruit the “best person for the job” – meaning that we hire strictly on merit. If that person has the requisite skills, experience and qualifications that they are welcomed with open arms.”

“Have always just hired the best people for the job.”

“We don't deliberately seek diversity. We like the idea of finding people who think a bit differently and went for someone who culturally was very different.”

“Positive discrimination is still discrimination. I don't want to do something just to hit a stat. However, you have to choose the right candidate in the moment, you have to consider what a very narrow demographic will look like. We've also got to do our bit for society too. It is on our minds but not high up on our radar.”

“Not really much of a topic of conversation to be honest. We just hire the right person for the job, if we needed to make changes to accommodate, we would do that.”

“I'm very anti-woke! The goal is to match the job with the best person.”

Others indicated a desire to be more purposeful in ensuring their recruitment process covered people from a variety of backgrounds.

"It is something we are well aware of. Whilst we wouldn’t positively discriminate in our hiring process, we want our recruitment procedure to be as broad and inclusive as possible so that our business can benefit from a range of cultures and backgrounds."

“Currently, our approach is we just advertise and recruit the best person for the job…. we need to make some proactive plans on this though.”

“One of our values is 'come as you are'. We really want an as diverse a workforce as possible across the full definition of D&I. We don't have to go into see customers, so physical disability is no real barrier now.”

It was also refreshing to hear some members of the group discussing and embracing neurodiversity in the workplace, as it is often an area that is less covered amongst the wider topic of diversity and inclusion.

Diversity – The impact on recruitment

It is clear that diversity in the workplace is starting to have a more direct impact in the recruitment drive of companies. The recruitment website Glassdoor reported that over two thirds (67%) of job seekers considered workplace diversity to be a key factor when evaluating prospective employers. In addition to this over 50% of current employees expressed a desire to see their current employer do more to increase workplace diversity. This is especially true of both Millennial and Gen-Z job candidates and existing employees.

Historically corporate reputation management has often centred on companies trying to ensure that its largest clients have a positive opinion of them, however the ongoing societal focus on diversity and inclusion has forced companies to take a wider view of their image when considering their reputation in the marketplace and with employees.

This is chapter 6 of our 10 part blog series, to read the previous chapters see: Microsoft Partners Insights.

Read the next chapter in the series - Sales & Marketing.

Welcome to the 2022 edition of Law 365’s Microsoft Partner Insights.  We teamed up with Incredible Results, analytics...

What a year 2021 was! Just as 2020 brought a myriad of opportunities and threats, 2021 presented all Microsoft Partners...

They say you can’t have a world-class business without world-class employees, and the competition in the marketplace...
Discover more insights