Find out why you should cap indemnities 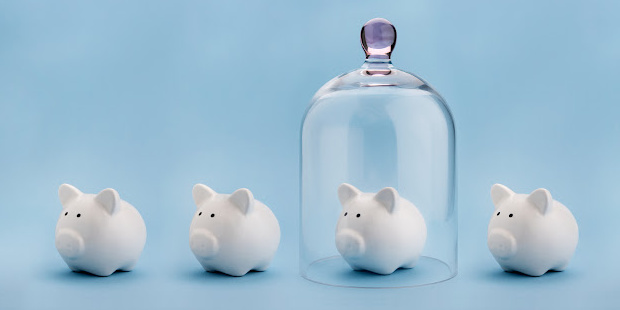 Limiting your liability is essential in contracts, it’s our top priority here at Law 365. Many contracts set out to financially cap liabilities but forget (or neglect) to cap indemnities... That’s like leaving your car’s top down during a thunderstorm!

What is an indemnity?

There seems to be a lot of confusion about indemnities, and no wonder when you read some contracts, “The indemnifying party indemnifies the indemnified with indemnities.” – pardon?

The case of Tom, Dick and Harry

Imagine Tom is using software from Dick that infringes on Harry’s intellectual property rights. Tom gets sued by Harry! Shouldn’t Dick reimburse Tom for being sued? If Dick promised to pay Tom (in a contract) then that is an indemnity!

Lots of companies want to include indemnities to get financial compensation faster than having to settle in court, like you would with a breach of warranty. But if you are a supplier or professional service provider, like the Microsoft Partners we work with here at Law 365, indemnities that aren’t capped are a liability you really don’t want in your contract.

Can we financially limit our liability?

Yes indeed, putting a ‘cap’ on liability is commonplace in commercial contracts. But doing that can still leave you exposed…

This is where things get tricky. Depending on the wording of a contract, an indemnity could be classed as either liability or debt. If the court rules your indemnities as debt, and only your liability is limited, then there could be no limit to the claims made against you.

Would that be fair? Of course not, and this is exactly why lawyers can be worth their weight in gold for their obsession with wording. A good lawyer won’t let your car seats get soaked…

How can an indemnity be seen as a debt?

Courts may see indemnities as money paid, and therefore a debt. It can be difficult to avoid this. It comes down to the fact that indemnities are paid out quicker, as opposed to liability claims, so it’s important to specify that your both your liability and indemnities are capped. Some contracts have an indemnity clause that clarifies the limit of the indemnities but doesn’t take into consideration the cap on liability.

Let’s go back to Tom and Dick’s contract again…

Such a simple solution! So often neglected.

Indemnities can be tricky to navigate. Even if you set out in your contract that your indemnities are capped, there's no guarantee that it will be seen this way in court. (Knock on wood you will never have to end up in court in the first place.)

The best solution is to work with a dedicated lawyer who understands your needs; this isn’t something you want to tackle yourself. Someone with experience will be able to draft a contract that protects you from exposure to unfair and unforeseen claims.

At Law 365, our lawyers are wordsmiths, with a keen eye for commercial contracts. We understand the language needed to effectively cap your indemnities.

CEO, Kim Simmonds is a  finalist in 2 top categories in this year's National Business Women’s Awards

The National Business Women’s Awards recognise 21 categories of success for businesses across the UK. All entries are...

Law 365 is thrilled to have been selected as a finalist in The Lawyer Awards 2021 in the category "Boutique Firm of the...

This week (September 14/15) Law 365 and some of our awesome clients set sail on the Solent. The objective? To see...
Discover more insights