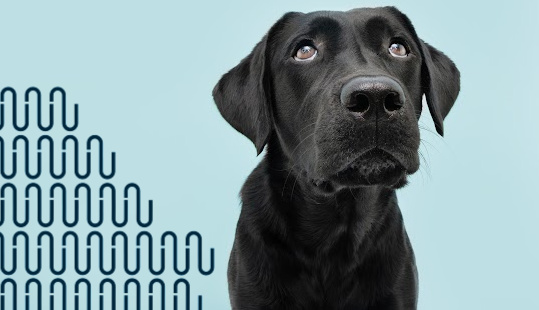 The main difference between a penalty clause and liquidated damages is that the former is intended as a punishment and the latter simply attempts to make amends or rectify a problem.

Delays in commercial transactions can often bring up questions about penalties and liquidated damages.

Here at Law 365 we've realised that there is some confusion when people ask us about them so we've put together this blog to clarify the differences.

What is a penalty clause?

A penalty clause, in simple terms, is a clause within a contract that states that if a party breaches an obligation, that breaching party must pay a pre-agreed amount of money (or provide another remedy) to the innocent party.

As penalties are almost always financial, we are only going to be looking at financial penalties within this blog.

Importantly, to be a penalty, the amount of money must be excessive and disproportionate to the actual expected loss of the innocent party (due to the breach).

Instead of simply compensating the innocent party, the penalty clause punishes the breaching party.

What are liquidated damages?

Liquidated damages, like a penalty clause, is a pre-determined sum to be paid by the breaching party to the innocent party upon a particular breach of the contract.

Example of Liquidated Damages v Penalty Clause in a contract

Let's imagine that two companies, Company A and Company B, entered into a contract for the supply of certain IT hardware by Company A to Company B.

Liquidated damages in the contract might stipulate that in the event of a failure by Company A to deliver the hardware to Company B by a specified date, that £15.00 is payable for each day the delivery is late.

Alternatively the amount could be a percentage of the goods purchase price i.e. 1% of the purchase price each day. Each would likely be viewed as liquidated damages (depending on the facts of course!) as these payment aren't likely to be excessive.

However, a penalty clause in the contract might stipulate an excessive amount for each week the delivery is late — for example, 200% of the purchase price will be payable each week until the delivery is made, in order to punish the breaching party.

To ensure the clause is not a ‘penalty’ the sum should be a honest reflection of the loss that Company B will likely face in the event of the delay i.e. this could include paying its contractors even though the project cannot yet be started, relocating staff to other projects on short notice and paying their expenses; paying any late fees to its own customer and so on. The amount does not need to be exact, and in reality it rarely is, however Company B must be able to show that they've given some genuine consideration to the anticipated loss and the clause somewhat reflects this loss i.e. is proportionate.

Want to ask us a question about Penalty Clauses vs Liquidated Damages? Get started with our friendly team!

Can you enforce a penalty or liquidated damages clause?

Under English law, penalty clauses used to exclusively punish a party are unenforceable.

The courts will however uphold a reasonable liquidated damages clause.

The difference can be hard to identify. The court will use the case of Cavendish Square Holdings BV v Makdessi together with its companion case, ParkingEye Ltd v Beavis [2015] UKSC 67 to decide if a clause is an unenforceable penalty clause or an enforceable liquidated damages clause.

For a clause to be enforceable, it must satisfy the following:

Drafting and reviewing a penalty clause

When drafting/reviewing a penalty clause, ask yourself:

Is the clause in question a primary or secondary obligation?

Primary: The clause is not a liquidated damages clause.

Secondary: Is there a legitimate interests/aim behind the contract?

No: This will be a penalty clause and will be unenforceable

Yes: Is that remedy proportionate to those legitimate interests/aims and the likely loss suffered, or is the remedy excessive?

Proportionate: The clause is likely to be a liquidated damages clause and enforceable.

Excessive: The clause is likely to be a penalty clause and unenforceable.


Should I include a liquidated damages clause in my contract?

There are many benefits of including a liquidated damages clause in a contract:

There are however quite clearly some disadvantages:

If you do decide to include a liquidated damages clause in your contract, just be careful to ensure that its meets all of the factors outlined above, or it won't be valid.

Get in touch with our friendly team of experts

If you are unsure on whether a particular clause is a penalty clause or have any particular concerns in relation to your contracts, please do not hesitate to get in touch with us — Get started